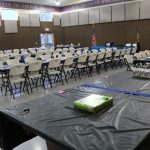 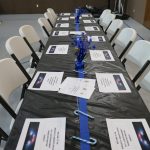 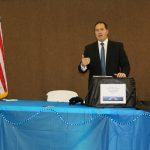 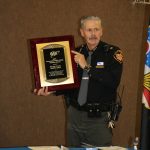 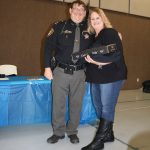 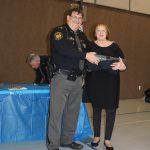 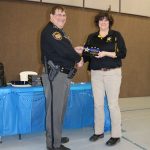 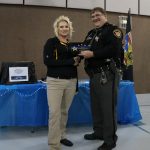 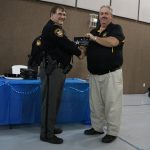 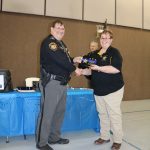 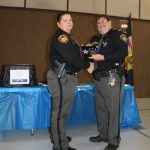 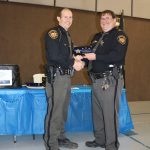 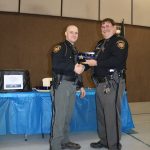 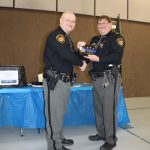 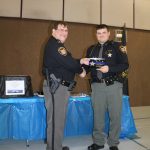 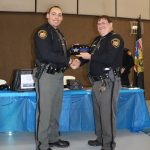 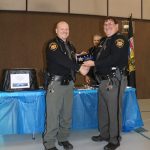 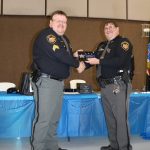 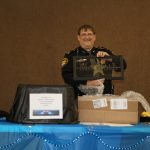 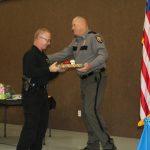 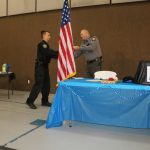 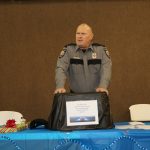 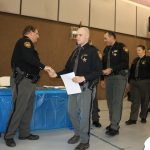 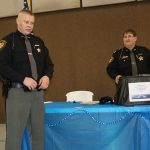 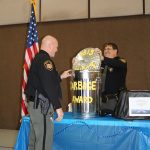 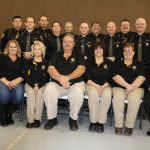 McConnelsville Police Chief Troy Copeland handed out tokens of appreciation to his employees for a job well done and gave accolades to all Law Enforcement in attendance for working together in the past year to accomplish our goals and making the community a better place. All Law Enforcement personnel received a recognition award and Challenge Coin from Sheriff McGrath.  Sheriff McGrath also gave out 3 Special Awards to the following Deputies. Scott McLain received a commendation for his work on the A.E.P. Campground Security. Brian West received a commendation for his participation and leadership of the O.D.O.T. Litter pickup Program. Sergeant James Fisher received the Sheriff’s Citation Award for his efforts and many hours participating in major drug busts within the County. Chief Deputy Terry McGrew presented an award to the Office from AAA Motor Club. The award was “The Community Traffic Safety Award”, Platinum Status, it is given to certain Law Enforcement Offices for their implementation of efforts toward traffic safety within their communities

The guest speaker was Colonel Chad Dennis from the Licking County Sheriff’s Office, who spoke on the benefits and opportunities of being in the Law Enforcement profession.

A great meal was served, compliments of “The BoonDocks” restaurant. The ceremony was concluded with a door prize drawing, employee gift exchange and a guest appearance from SANTA, who provided gifts for all the little ones.

Fifteen (15) search warrants were also issued and executed in five (5) different counties at the following residences:

Welcome to the new Morgan County Sheriff’s Office Website. Take a look around. If you have any feedback on the new site, please feel free to contact us.